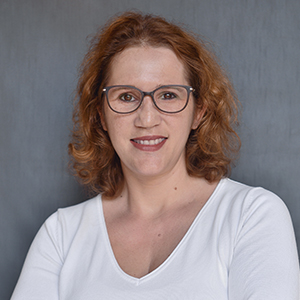 Holder of a “diplôme d’ingénieur agro-alimentaire” from ENITIAA, France and an MBA from Paris Dauphine University, Caroline Rault settled in Mauritius in 2000. After a few months in the production department of New Maurifoods, she started her career at Maurilait in 2001 as Production Manager –companies of Eclosia Group. She was then appointed as Operations Manager in 2008 and then Factory Manager in 2009, and Deputy General Manager before being promoted as General Manager early 2017. Caroline is a professional with 19 years of experience in management and operations management.

She is a Member of APM (Association pour le Progrès du Management) within the Eureka club in Mauritius and as from 2019, a Board Member of AMM (“Association of Mauritian Manufacturers”).

She works diligently for the sustainability development through Lovebridge since 2014. Also, for the protection of the environment and energy efficiency at a personal and professional level – contributed to the project Zone d’Education Prioritaire at Black River in 2008.