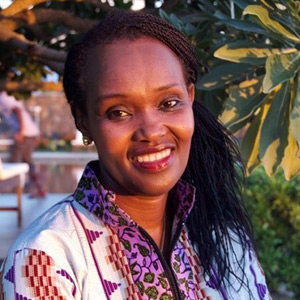 H.E. Christine N. Umutoni is currently serving as UN Resident Coordinator in Mauritius and Seychelles, coordinating UN work and represent the UN Secretary general in the multi-country setting (MCO). Previously she served as the UN Resident Coordinator/Humanitarian Coordinator and UNDP Resident Representative in Asmara, Eritrea since 2012 to 2017. Her main responsibilities included coordination of all UN agencies operational in Eritrea, coordinating UN’s humanitarian/development work and heading the UNDP Country Office. Prior to this assignment, she was the UNDP Country Director in Harare, Zimbabwe from July 2009 to 2012 effectively managing the UNDP Country Office day-to-day matters. In 2009, she served as the Country Adviser in the Regional Bureau for Africa in UNDP HQ in New York to support COs in West and Central Africa, ensuring accountability and compliance with organization requirements providing overall oversight and guidance. From 2005-2008, Christine was the Head of Governance, Justice, Gender & HIV Units in the UNDP Country Office in Rwanda. She supported production of the first ever Joint Governance Assessment (JGA) report for Rwanda. Capacity building support for six governance institutions covering elections, anti-corruption, justice and human rights plus peace building was provided during her leadership.

Prior to joining the UN system, she worked as a development consultant in 2005 with focus on Governance and Gender. In that capacity she concluded assignments for Rwanda Demobilization Commission, UNDP Rwanda, Survivor’s Fund (SURF) Rwanda –UK based organization with offices in Rwanda and for the Common Market for Eastern and Southern Africa (COMESA) to mention a few.

H.E. Christine N. Umutoni worked with the Government of Rwanda in various capacities before 2005. She was the Rwandan Ambassador to Uganda from 2002-2004 and to Belgium, Netherlands, Luxembourg, European Union and the Vatican, based in Brussels from 2000-2002. Before her diplomatic assignments, she served in the President’s Office as an Adviser on Economic and Social Affairs spearheading the consultative process on Rwanda’s PRSP from 1999-2000. She was the Directeur de Cabinet in the Ministry of Rehabilitation and Social Integration from 1994-1997 after the war and genocide, where she was responsible for policy formulation, coordination of ministry activities and fundraising internationally for rehabilitation and reconstruction activities for post genocide Rwanda. She also coordinated humanitarian assistance, reconstruction, repatriation/settlement of refugees and displaced people, provided assistance to vulnerable groups including widows and orphans. From 1988-1994, she worked as the Chairperson Rwandese Refugees Foundation and contributed to different types of work during the crisis period in Rwanda.